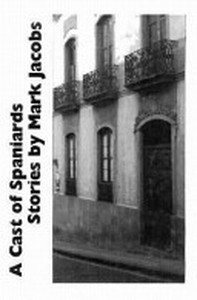 “Mark Jacobs writes of that ‘south of the border’ which rarely if ever surfaces in the daily news reports. His wryly perceptive tales prove an extraordinary record of common lives in a world our own barely recognizes. The author’s voice may be ‘American’ but what it speaks of, and the place it comes from, prove adamantly universaly. Mr. Jacobs tells the old truths in the classic manner, with consummate skill and integrity.”  - Robert Creeley (1926 – 2005)

“In powerful language Jacobs twists the reader’s point-of-view, forcing one to see the land through its people but also to understand how attachment to the land influences actions… It’s rare that a collection of short stories is so consistent, but Jacobs’ exquisite craftsmanship never wavers.”  -- Publishers Weekly

“North American writers have evolved a tradition of writing about their compatriots who travel to Latin America to fill in the emptiness of their lives.  Jacobs, a diplomat who has spent much of his life in the countries in which these stories are set, confronts that tradition head on… The stories are engaging and smart.”  -- Library Journal

“I found the stories in Mark Jacobs’ recently published collection, A Cast of Spaniards, to be quite splendid… Mark Jacobs’ stories burn too, and paradoxically, give Latin America not only new life but, for me, an old life it didn’t have before.”  -- Richard Wiley, RPCV Readers and Writers

“From his considerable experience in various Latin American countries, Jacobs sees beyond cultural facades. Is he a US or Latin American writer? There is no partiality in his writing that would give this away… Jacobs obliterates distinctions between message and character. For him, the most intimate love making cannot be separated from politics, nor the most dogged political convictions from the depths of human character…. There is a remarkable story called “Black Moon Rising,” set mainly in La Paz, that would make an ideal film. In 31 pages, Jacobs manages to cover the intimate relationship between American journalist, Laurel, and Bolivian revolutionary, Victor Meson, with innuendoes of recent Bolivian history. Meson carries out his mission fervently, gathering evidence of human rights violations, but is considered a traitor by his former comrade, Julio, who has joined a group akin to the Shining Path of Peru that gets its money from the sale of cocaine paste… This story could be Jacobs’ “Sierre Madre” movie made in Hollywood, or his “Macario” made in Bolivia, but more likely the latter… Like an underground spring, a dark humor occasionally rises to the surface, most notably in “Sixto in Harvest,” a rural comedy whose thin humor has affinities with Garcia Marquez and Erskine Caldwell alike.” – Mark Cramer in Bolivian Times

“To simply say that Mark Jacobs’ stories are set in modern-day South America is accurate but profoundly misleading. Their true setting is some shadowy region of the imagination that Jacobs shares with his readers – a region where colors and sounds and other sensations take on a garish lucidity, a place where hidden meanings lurk beneath objects and people imply more than they speak aloud.”  Ted Knight in Buffalo Spree Magazine

“It puts me in mind of other firsts: A Curtain of Green by Eudora Welty, In the Land of Dreamy Dreams by Ellen Gilchrist, A Good Man is Hard to Find, by Flannery O’Connor. The book jacket tells us that Mark Jacobs has served as a diplomat in Latin America. I don’t know what kind of diplomat Jacobs is or was. I do knew he has made a good start as a writer. A Cast of Spaniards is that greatest of pleasures, a good read. – John Little, North Dakota Review